Boise, ID–When it all hits the fan, we might just head to Idaho.  Long known as a solid Second Amendment state, Idaho just raised the bar.

Idaho Governor Brad Little has signed a bill into law that extends the right of Constitutional Carry to all American citizens.  The law goes into effect on July 1st, 2020.  This means that gun owners don’t have to be residents of Idaho to exercise the right to concealed carry in the state.

This move was spearheaded by the Idaho Second Amendment Alliance, the biggest and most powerful gun group in the state.  Headed by Iraqi war veteran Greg Pruett, the organization has a no-holds-barred approach that has forced the conversation on guns to the right for years. 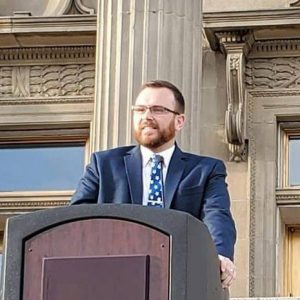 We told you last summer about how Pruett’s organization helped Rep. Christy Zito to lead a campaign to lower the legal age of concealed carry from 21 to 18-years-old.   This year, the two teamed up again, this time to extend the scope of their Constitutional Carry bill to any American citizen who happens to be in the state. Previous laws had allowed non-residents to carry in some parts of Idaho but not in city limits.  But Zito and Pruett’s efforts on HB 516 ended those restrictions once and for all.

When interviewed, Zito was enthusiastic about their victory for gun owners.  She said, “This is a great day for Idaho and for all Americans. The 2nd Amendment is our permit. Having a permit requirement inside city limits for non-Idahoans was illogical and unconstitutional.”

A Victory That Couldn’t Come At a Better Time

What a slam dunk legislative win for the Second Amendment!   It’s rare to see gun rights expanding in most of the country these days, thanks to the viscous and well-funded left wing.  It’s even more rare to expand gun laws to include younger adults.  Sadly, many gun organizations are willing to compromise with the left, and that’s one of the first things they offer: ‘we’ll raise the minimum age to own and carry!’  Of course, the anti-gun left is happy to take that compromise.  Gun organizations willing to sell out young people or the next generation are worthless!

We know that the left is busy trying to propagandize our young adults, and this is a good slap in the face to them.  Not every person under thirty is a snowflake, and gun laws that include young shooters are our best hope for the future.  Expanding Constitutional Carry law to include every American citizen just makes this victory all the sweeter–and makes the radical left angrier!

While gun stores are being forced to close, carry permits aren’t being issued in state after state, and gun owners are coming under fire at a federal level, this bold legislator and the Idaho Second Amendment Alliance are busy kicking tail and taking names.

Rock on, Idaho.  You’re making the rest of the country’s gun owners proud as hell.