Louisville, KY — A Grand Jury is expected to come back with a verdict soon about whether to bring charges against three police officers involved in the death of Breonna Taylor on March 13th, 2020.  The city is preparing for the nearly inevitable fallout, regardless of what the grand jury decides..

We reported that the city had reached a $12 million dollar settlement with Taylor’s family last week — the largest settlement in the city’s history.

Now the city is steeling itself for an announcement from Kentucky Attorney General Daniel Cameron after his office took over the case from the Louisville Metropolitan Police Department’s Public Integrity Unit.  After the Attorney General’s office received those finding, they presented the case to a grand jury to see if criminal charges are warranted.

The grand jury could release their findings at any time.

In preparation for the announcement,  the LMPD has Tweeted some changes for the downtown area, effective immediately:

In addition to blocking vehicle access to the downtown square and using barricades to direct foot trafic, Police officers will also be limiting parking in the immediate area, including parking lots.

Additionally, on Monday, the Police department declared a state of emergency, cancelling any time off requests or vacation days for officers for the foreseeable future.

“To ensure we have the appropriate level of staffing to provide for public safety services and our policing functions, effective immediately the LMPD will operate under the emergency staffing and reporting guidelines as outlined in the Standard Operating Procedures, Emergency Response Plan, and collective bargaining agreements until further notice.”

The Downtown District Is An Erie, Silent Ghost Town

The downtown area of Louisville has been the site of protests that spiraled into riots in the past.  Even today, the downtown area is a sea of plywood as businesses have been forced to defend their property against the mobs of any protestors.

These photos were posted on a local resident’s Facebook page.  We couldn’t identify the photographer.  This isn’t the Louisville, Kentucky of last summer, that’s for sure. 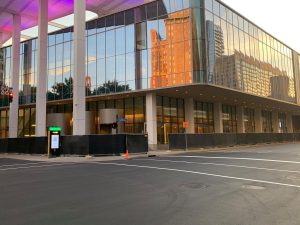 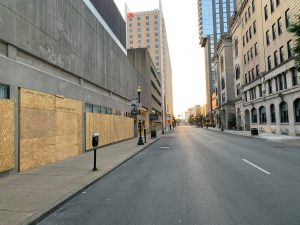 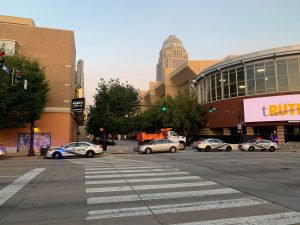 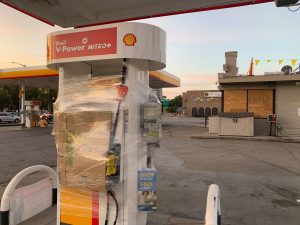 And now, the citizens of Louisville just have to wait.  Will the mob decide to burn their city to the ground?  Only time will tell.