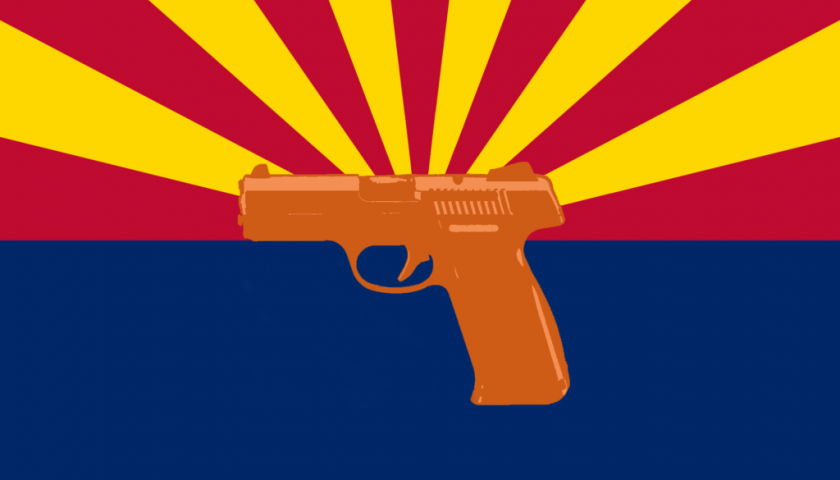 Arizona gun owners might not realize it, but they’re dangerously close to being in Virginia’s shoes.

That’s evident from the recent gun bills that have been filed there.  For example, Senate Bill 1625 would force gun owners to register their assault weapons or surrender them to the state.  One other option?  You can destroy your assault weapon to make it inoperable.  Love that option!  Who doesn’t like to spend hundreds of dollars on something just to have the goverment pass a law demanding they destroy it!

And the bill doesn’t stop there.  It would affect not only ownership of assault weapons, but would prohibit the manufacture of them as well.   The only manufacturing exception is for those manufacturing weapons for police or military use.

The bill would further call for the surrender of “high capacity” magazines and certain semiautomatic pistols and shotguns.

This Is How You Lose Your State

But aside from similarities in the bill, the political climate in Arizona is very similar to Virginia’s before the election this past November.

One bad election and Arizona is in Virginia’s shoes.  How to avoid that?  Republicans need to oppose this legislation en masse, and show their base that they’re not pandering sellouts.   It’s only once voters in Virginia left the Republican party because the party was selling out right and left that the Democrats were able to flip the state blue.

Gun owners in states all across the country need to stand and fight now!  If not, just like in Virginia, the left will be happy to ram this bill and dozens more down your throats.