Everybody makes mistakes.  But for one man in Wilmington, NC, choosing to attack his own mother backfired — and it almost cost him his life.

Scared for her life, the woman ran across to her neighbor’s house — a neighbor who she knew was a New Hanover County sheriff’s deputy.  The deputy was home from work that day, watching her children.

According to police , she shot the violent felon after he forced his way into her home.  Then she called 911.

“This man done pushed his way in my house. I done shot him two times. Y’all need to get here now.”

One day after a shooting at the home of a New Hanover County sheriff’s deputy, WECT is learning new details about what led to the incident. Neighbors say the deputy who fired the weapon is a mother of three, who was off-duty at home with her kids when a neighbor ran to her for help.

In a news release, the North Carolina State Bureau of Investigation says Bart Anthony Coniglio forcibly entered a family member’s home in the 4500 block of Barnards Landing Road in Wilmington around 12:42 p.m. Wednesday.

The family member made the first 911 call from her home where she said her son was trying to break in her house.

“He’s breaking in my door right now,” she said before she ran out the front of the house.

The family member and a friend left the home and ran to a nearby neighbor’s home that happened to be the residence of a New Hanover County Sheriff’s Office deputy.  The sheriff’s office, on Thursday, identified the deputy as Leyla M. Davis-Woodhouse.

Coniglio was allegedly chasing the family member and, according to the release, “Coniglio then forcibly entered the Davis-Woodhouse’s home where a physical altercation ensued that resulted in the off-duty deputy subsequently shooting Coniglio.”

Conigilio is no stranger to law enforcement. According to the North Carolina Department of Public Safety, the 40-year-old is a convicted felon who has a criminal record dating back to 2002 for offenses ranging from resisting an officer, to possession of controlled substances, to multiple DWI arrests, and embezzlement. He has not done any prison time in North Carolina. 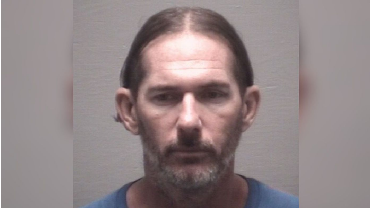 According to the North Carolina Department of Public Safety, the 40-year-old is a convicted felon who has a criminal record dating back to 2002. (Source: WECT)

According to neighbors who live nearby and overheard the altercation, Deputy Leyla Davis-Woodhouse told Coniglio not to come any closer or she’d have to draw her weapon. In short order, a bystander heard two shots, and called 911 for help.

Caller: My son is here. He has already been at my granddaughter’s house, broke into their house. There are looking for him.

Dispatch: You said police are looking for him?

Dispatch: Where is he right now? What is he doing?

Caller: He’s at my front door … He in the backyard now. Hurry!

Caller: No, hurry! He’s trying to get in my backdoor.

Dispatch: Alright, is it physical or verbal?

Dispatch then asks for the caller to describe him.

Caller: Oh my god. *breathing heavily* Hurry! He’s in my house. We are out of the house. I have a sheriff next door to me, that’s lives next door to me.

Dispatch: OK, so you are out of the house.

Caller: Yes, I’m out of the house right now. We are next door at the sheriff’s house. *breathing heavily*

She then could be talking to the off-duty deputy, briefing explaining that her son broke into her home.

Caller: There he is! … I’m inside of her house now.

Dispatch: Whose house are you inside of?

A woman in the background could be heard saying “get the gun! get the gun!”

Dispatch: Did you say he has a gun?

Caller: No, no. She’s trying to get her gun.

Dispatch: What is the deputy’s name you are with?

Caller: *frantic* Hurry, hurry! No, he’s across the the street. Oh my god!

You could hear two shots fired.

Dispatch: They are getting there as fast as they can. Is the deputy a female?

Caller: Yes, she is a female. She’s wearing plain clothes. He knows her. He knows she lives here.

Dispatch: Are you certain you heard gunshots?

Caller: I heard something. I don’t know. She said get the taser and get something else. I don’t know what she has. I’m scared he will get me though. He’s been trying to get me.

Dispatch: OK, you just stay in that house.

Dispatch: And that’s the deputy that is trying to?

Caller: Yes, yes. She shot him or something. Oh my god! *hysterically crying*

Caller: He’s still fighting. I hear her. Oh my god. She’s trying to tell him to stay down.

Law enforcement arrives shortly after that.

Text Of The Second 911 Call

Deputy: This man pushed his way into my house and I shot him two times. Y’all need to get here now.

Dispatch: OK, I already have someone in route to you. Is he down?

Dispatch: Ok, stay on the phone with me.

In the background, you could hear the woman yell “stay down, you hear me?” then a man grunting.

Dispatch: Do you know know who he is?

Deputy: Yes, he’s an across the street neighbor. Actually, the mom and boyfriend ran from him to my house and then he fought me on the porch and pushed his way inside my house.

Dispatch: Is he awake? Is he breathing?

Deputy: Yeah, he’s awake. He’s breathing. He’s moving. I got him two times on his side. Right at the same spot from what I can see.

The call ends shortly after when other law enforcement arrives to the home.

What If She Wasn’t  A Deputy?

It’s not lost on us that the minute the neighbor lady felt threatened, she ran to somebody she knew would have a gun: her neighbor who was a cop.  But imagine for a second that she didn’t have a cop for a neighbor? Would this violent thug have beaten his own mother to death?

It’s not a huge stretch to say that he might have if not for a good lady with a gun!

This is a story with a happy ending for all the good guys, but if you take the police officer out of the situation, you have unarmed people waiting for cops to arrive while a violent attacker beats their door in.

The anti-gun crowd never addresses situations like this, but it’s a scary situation that far many Americans face every year — and it’s why our gun rights aren’t up for negotiation.