New Orleans, LA — Two days before Christmas could be considered the worst time to face an armed robber, but that’s exactly what happened to two employees of the Big EZ Fuel Stop when a man allegedly opened fire in their convenience store.

Police reported that around 9:30pm on December 23rd, an unnamed man entered the gas station and looped around the back before working his way to the front of the store before pulling out a gun. 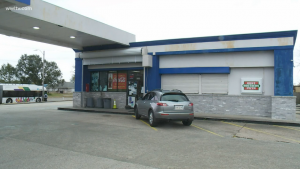 “The customer walked in, went over to the coolers, walked over and started coming behind the counter,” he said. “Apparently the girl didn’t get the money out fast enough and he started shooting.”

However, another employee stepped in.

“The cooler man pushed the girl on the ground and went behind the wall a bit and came out and told the man get on the floor,” said Hingel. “And the guy started shooting at him again.”

The armed robber, who’s name isn’t yet known, was shot and killed by the employee. New Orleans police say their investigation shows the worker’s actions were justified, that it was self-defense. 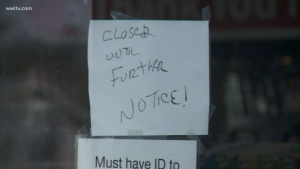 Police Came, But The Threat Was Over

A nearby resident heard the sirens and heard the commotion.  She reported on what she saw:

“My family and I were coming home yesterday evening and the police car sped past us with the lights on and the policeman came in here,” said resident, Katherine Sanders. “He jumped out of his car and went straight in. My husband was saying I bet it’s a robbery. I just thought to myself how courageous the officer was because he went straight at it.”

That’s great to hear, but the fact is that by the time the police arrived, the armed civilian had already neutralized the threat.

Who knows what could have happened to that young woman in the moments before the police could get there?

Meanwhile, store owner Nick Hingel was surprised the robber picked his store, saying  “Nothing like this has ever happened, before. This is a great location. It’s a neighborhood store.”

Police reported that neither employee was injured when the madman started shooting up their work place.  But if it wasn’t for the armed employee, this story could have had a terribly tragic ending — and left two families grieving at what is normally a happy time of year.

The employee is a hero, and while police haven’t released his name, he takes his place among the ranks of everyday American heroes: those who have used their gun to save a life.

Has Any Politician EVER Worked In A Gas Station?

Guns save lives!  This case  shows the gap between the elitist leftists and politicians and the millions of Americans working regular “essential” jobs — jobs that can’t be done via a Zoom call.

Those leftists have no problem leaving regular Joe disarmed in the face of deranged lunatics! They can Zoom to work and live in gated communities with a rent-a-cop standing guard over their neighborhood day and night.

For the rest of us, a gun is the best and most effective way to stay safe in our daily lives.

That’s why we have to fight the left’s gun control with everything we’ve got!