Louisiana: Armed Housewife Shoots, Injures Armed Home Invaders After They Beat Her Husband In The Head With Their Guns

Monroe, LA — Police have arrested two suspects in connection to a home invasion on October 11th.  Police reported that one of the three men was shot and wounded by the female homeowner.

It was just after 10:00 pm on October 11th when three men wearing hoodies and carrying guns forced their way into the home in the 3700 block of Cherry Blossom Drive.

The three thugs demanded cash from the homeowner, who attempted to fight back against the invaders.  He also yelled several times to wake up his wife, who had already gone to sleep upstairs.

That’s when the thugs began to viciously beat the man in the head with their guns.

Thankfully, his yelling had woken his wife, who knew immediately that something was wrong.   She reached for the gun they kept near their bed.

She held it at the ready as she came down the stairs to see her husband struggling with two armed men wearing hoodies.   The men looked up from her husband and one of them pointed his gun at her.

She did what anybody would have done:  she fired her gun at the man multiple times.  Then she heard the man say, “Aw, she shot me!”

The woman said that only after shooting the man with the gun pointed at her did she notice a third man who was standing in the front doorway ‘in shock.’

Just seconds after the shots rang out, all three men ran out of the house and sped away in a silver Nissan Altima.

The couple immediately called the police.

Less than half an hour later, the Monroe police were notified that a shooting victim had arrived at the nearby St. Francis Medical Center.

The shooting victim said that he was the victim of a random drive-by shooting.  Meanwhile, he was wearing clothing that matched the description the couple had provided.

Upon questioning, Jeffrey Williams Jr. 19, admitted that he and his friend had entered the house an attempted to rob the couple. 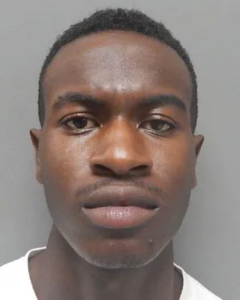 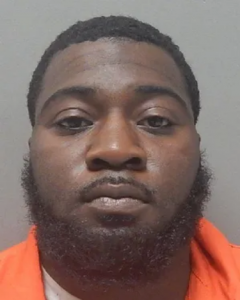 He was booked into Ouachita Correctional Center on a charge of aggravated burglary and possession of a firearm by a convicted felon.

Local media reported on the home invader’s account of the evening:

At the hospital, Monroe police interviewed Williams, who was reportedly alert. He said he and another man entered the home and demanded money at gunpoint.  He said when the woman came into the living room, she fired two or three shots at them, and he noticed he was shot in the abdomen as he fled the residence.

The man who also entered the home reportedly drove Williams to the hospital and dropped him at the emergency room.  Williams said he doesn’t know the third man’s name, only that he lives in West Monroe.

This woman and her husband are lucky to be alive.  For that matter, so are the three thugs who decided to risk their lives to break the law in their attempt to rob this couple.

If the left takes this election and passes the gun control they’ve always wanted, Americans won’t be able to defend themselves from violent criminals like these.

And it’s worth noting that at least one of the ARMED criminals had a felony record — meaning he wasn’t legally able to own a gun!  So much for gun control stopping criminals!