Embarrassing: LAPD Brags About Removing “Ghost Guns” From The Streets — But They Weren’t Even Guns!

Los Angeles, CA — With Gavin Newsom at the helm, it’s hard to expect anything better out of California.  But still, gun owners were roasting the Los Angeles Police Department for tweeting a hearty congratulations to two officers for getting two ‘ghost guns’ off the streets.

Another good night by Watch 5 Officers Moran and Pang. They recovered these two ghost guns during an investigation last night. Officers are working hard to make an impact on violent crime in our neighborhood @LAPDHQ @LAPDALopez @LAPDChiefMoore @LAPDvic pic.twitter.com/ikLDdVfvES

Gun owners didn’t waste any time before pointing out that those two ‘ghost guns’ weren’t even guns at all, but just the polymer frames!

Some of the comments were gold: 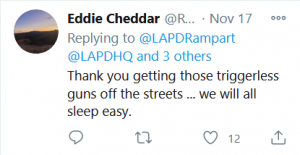 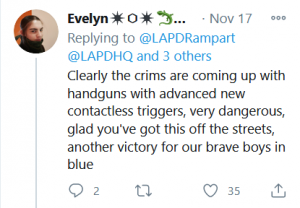 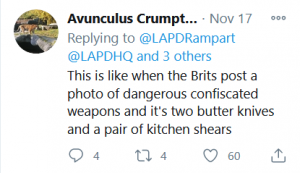 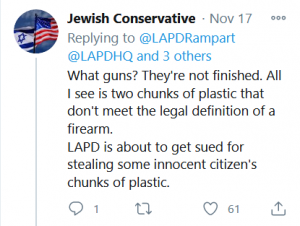 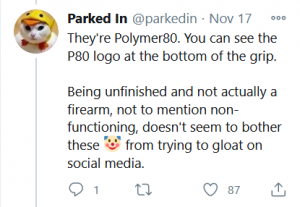 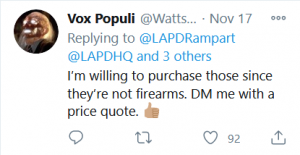 Ghost guns are so dangerous they can fire without a trigger or a barrel!

This sort of anti-gun propaganda only works if the person viewing it doesn’t know better.  Thankfully, plenty of well-informed gun owners were quick to point out the virtue signaling of the LAPD.

This level of mis-information is why so many leftists are gullible enough to believe whatever the media tells them about guns and gun owners.  It needs to be called out every single time!