Waukegan, IL — A gun owner in Illinois used his AR-15 to save a woman’s life this week, but you won’t see the story making national news headlines.  The gun that the left likes to call a “weapon of war” was used by an average American to defend himself and others and that doesn’t fit the narraitve.

A brave renter in Illinois was at home in his basement bedroom apartment when he heard a violent struggle in the single-family home.  The man in his early 30’s decided that today was a good day to be a hero.   Instead of hiding or calling the cops — and waiting 7 or 8 minutes for them to arrive — the man confronted two thugs who had broken into the house.  He shot and killed both intruders, while he and the woman were unharmed.

Police reported that two men, Christian Tenorio and Jimmy Tenorio, both of Waukegan, knocked on the front door of the home located in the 100 block of Frolic Avenue.

The homeowner, a young woman in her 30’s opened the door –just a crack — to the strangers.  But no sooner had she opened the door than the two men quickly forced their way past her and into the house.

The woman began to scream for help, until Christian, 36, pulled out a revolver and told her to be quiet. 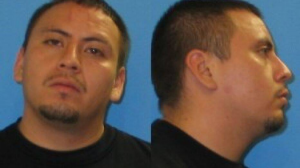 Meanwhile, a man who rented a room in the basement had heard the woman’s cry for help.  He went up the stairs to investigate — armed with his own handgun.

When he arrived, he saw that this was a worst case situation and shouted at the two men.  Christian Tenorio swung his revolver to take aim at the renter, but he didn’t get the chance.  The renter shot him with his handgun.

As Christian fell, his brother Jimmy grabbed the gun and started to drag his bleeding brother back out the front door. 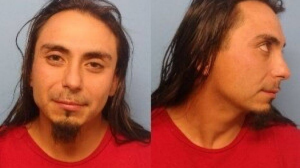 The renter retreated down the stairs to his apartment, returning seconds later with an AR-15.  Seeing him, Jimmy Tenorio shot at the renter with his revolver. The two men exchanged “multiple rounds of gunfire” at each other.

The police are not planning to charge the tenant.  They discovered that both the renter and the woman had up to date FOID cards.  The two dead thugs on the front yard had never filled out FOID paperwork.

The left acts as though anybody who owns an AR-15 wants to kill masses of people.  But in reality, the AR-15 is a fantastic home defense weapon — as this story perfectly illustrated.

If the renter had been unarmed, this story could have had a tragic ending.  The next time you hear some leftist talking head or some sellout Republican talking about how it’s only reasonable to ban the AR-15, remember this story!