The organization behind that large donation is NEMPAC.  Gun owners might recall that NEMPAC is the PAC connected to the anti-gun American College of Emergency Physicians.

These are the anti-gun goals of the the American College of Emergency Physicians: 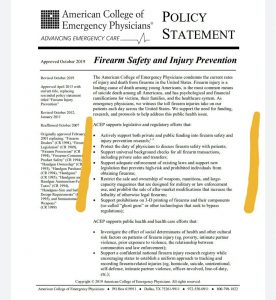 The AMA hates the Second Amendment!  Check out their anti-gun goals here.  They include:

They’re also proud to brag about their past efforts: 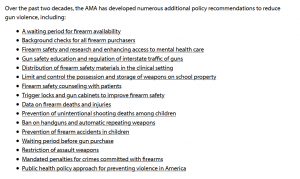 Don’t take our word for it!  The AMA has made no effort to hide their anti-gun stance: 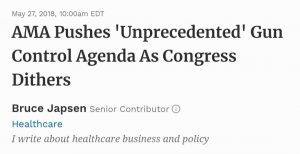 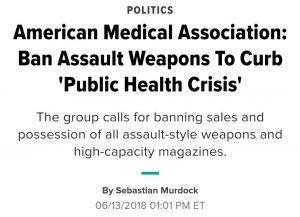 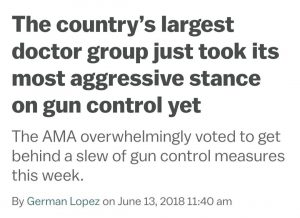 The AMA and their doctor members and leadership push gun control every single Congress. Their donation to Dr. Cowan must indicate they have high hopes he will join their efforts.
These D.C. swamp anti-gun lobbying groups spend tens of thousands of dollars to get close to people like John Cowan.

Too Friendly With The Wrong Crowd

In January, we reported how John Cowan had donated money to notoriously anti-gun Chris Christie.   The donation  came in November of 2015 — just as Christie was attacking Donald Trump on the campaign trail!

Chris Christie is the worst kind of RINO: he’s not pro-life, he’s not pro-gun, he’s for gay marriage, and he increased taxes to the tune of billions of dollars.

All The Wrong Friends

This new information makes it clear that the anti-gun crowd in D.C. hasn’t forgotten Cowan’s loyalty to them: they’ve repaid the favor with $7,500 in donations of their own — right into Cowan’s campaign chest.

This new information blows holes in the assertion that Cowan is a friend of the Second Amendment.

As a long-time Never Trumper, Cowan has all the right friends and connections to help him sail through a Joe Biden presidency.  But gun owners aren’t impressed by sellout RINOS who have a contingency plan.

Gun owners are in this to save America from the radical left.  They rightfully view organizations like the AMA and  NEMPAC as THREATS to their gun rights!

John Cowan looks like he’s in this for the big-name RINOS and doesn’t care what it may cost gun owners.