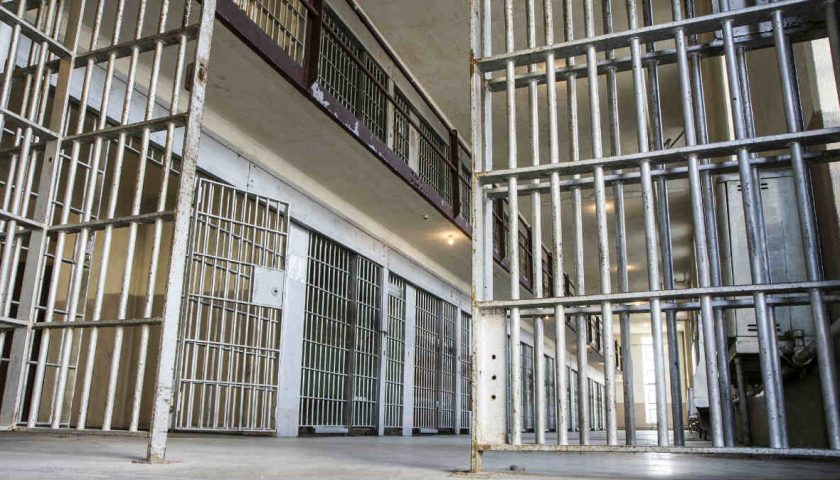 A recent study released on May 14th indicates that just over a third of all county jail inmates in the entire nation were set free in the days and weeks that have transpired since the Corona Virus scare began.

According to the Prison Policy Initiative, America’s county jails have reduced the number of prisoners by 32%.

“In the last two months, local governments across the U.S. have drastically reduced their jail populations to slow the spread of the coronavirus. The typical jail has reduced its population by more than 30%.”

This while normal, law-abiding citizens are being forbidden to go to church, forbidden to travel to visit relatives, and more.

Who Expected This To End Any Differently?

Nothing like this has happened before in American history.  Unsurprisingly, there have already been numerous cases of released convicts breaking the law again.
One prosecutor in Orange County, CA received criticism for his objections to the release of prisoners.  Todd Spitzer was a vocal opponent of the move to release prisoners.
He now stands vindicated as no less than six sex offenders have been rearrested for committing more crimes –exactly as he predicted.   One of them, Rudy Magdoleno, was rearrested after he exposed himself to staff at a parole center.  District Attorney Todd Spitzer had previously argued that Magdoleno was a dangerous offender who shouldn’t have been released.

But it goes beyond sex offenders.  In Colorado, one inmate released from a Colorado prison –not a county jail, now –has been arrested on a charge of first degree murder.

Cornelius Haney was in Colorado’s State Prison for armed robbery but was set loose by Democrat Governor Jared Polis’ Corona Virus prison amnesty plan.   (Just for the record, “prison amnesty” shouldn’t be a plan, no matter how bad things are getting.)

Too late for Heather Perry’s family, of course.

How Dumb Do They Think We Are?

Firstly, law abiding citizens are being pressured or even ordered to wear masks.  In some states, they’re required by authority of the executive orders that their tyrannical governors have passed.  We’re looking at you, New York, New Mexico, and more!   But if those masks do any good, why not just make the inmates wear them and keep them in prison?

Secondly, the amount of tax payer dollars it cost to locate, arrest, prosecute and process all of these inmates is absolutely staggering.  How much worse that we’re going to have to pay to do this all over again in many cases.  Will taxpayers get a refund or a price break since these violent and dangerous people were released by Governor’s edicts in most cases?  We won’t hold our breath.

Thirdly, the next time you hear ANY leftist politician telling us that guns are dangerous, laugh in their face.  These morons who released hundreds of thousands of convicted criminals back onto the streets without a minute’s thought.

They don’t care about safety, lowering crime or anything like that.  They LIKE violent criminals on the street because it gives them leverage over gun owners!  After all, they have to stop all this crime.  Time to ban all guns!

Finally, with this many dangerous people on the streets, now is the time to be carrying for self-defense.  You never know where these released convicts will be. It’s best to be prepared.