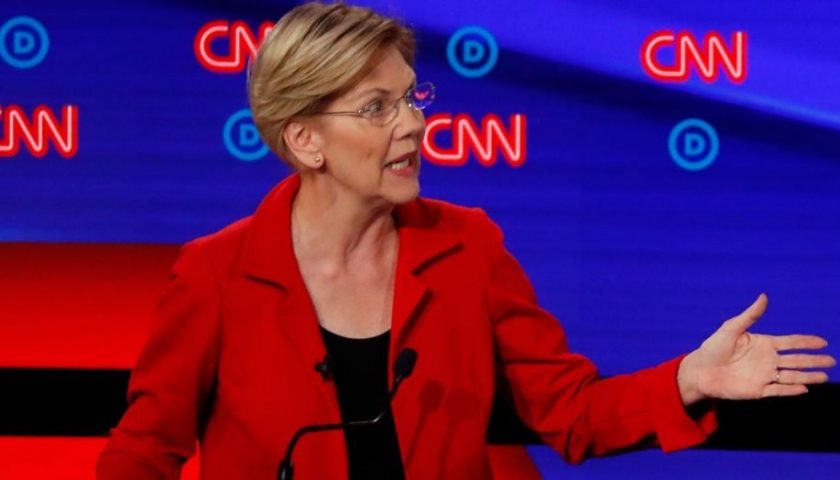 The gun world is buzzing about the nightmare bill H.R. 5717.  The bill contains nearly every bad idea that the gun control advocates ever came up with.  This bill is was filed in the United States Congress so it’s a Federal level bill that would affect every single gun owner in the country.

Some gun owners hoped that because H.R. 5717 was filed by House Fruitcake, Democrat Hank Johnson of Georgia, that it wouldn’t go anywhere.   Why is he a fruitcake?  Well, there are dozen of examples, but our favorite is when Johnson said that he was worried that the island of Guam would capsize and tip over if 8,000 Marines were stationed there.

But this gun control Mega Bill has a much better champion to drive it through the legislature than ridiculous Hank Johnson.  Elizabeth Warren has cosponsored the companion bill in the Senate, S.B. 3254.  The companion bill is titled exactly what HR 5717 is:  Gun Violence Prevention and Community Safety Act of 2020 and is virtually identical in content.

Elizabeth Warren is much better known than Hank Johnson, and has a lot more friends in the House and Senate to help her ram this gun control mega bill all the way through Congress and into law.

And Warren is already gathering plenty of high-profile support.  One of the bill’s co-sponsors is none other than former presidential candidate, Cory Booker.

For every member of the Democrats weird version of the Village People that gets behind this bill, it gains momentum.

This bill would fundamentally destroy our Second Amendment! How? Here is just some of what it contains!

And there’s more, but by the time they’ve gotten all of that, who really cares about the details?

Gun owners who said that Rep. Hank Johnson’s bill wan’t going anywhere are realizing that the ballgame has changed with Senate Bill 3254.  They realize that high-profile anti-gun legislators like Warren and Booker don’t file these bills for no reason.

While the entire nation is gripped by fear of the China Virus and the long term economic repercussions it could have, the radical Democrats are seizing the opportunity!  This mega bill is a glimpse into the socialist Left’s vision for America’s citizens.  They want us disarmed, bound by red tape, and totally incapable of stopped them from turning our country into a socialist hellhole.

Not If We Can Help It

Gun owners are done putting up with anti-gun laws that slowly undermine their gun rights.  And they sure as heck aren’t going to stand for a mega bill like this one, that would wipe out their gun rights in one fell swoop!  Enough is enough!  These radical socialists in D.C. need to be reminded that there are tens of millions of gun owners.  It’s time to be seen and heard and counted!

Pocahontas needs to know that she and her tribe aren’t going to win this one!  Click below to send off an email to your Federal legislators today telling them to vote HELL NO on HR. 5717/SB. 3254.