Duluth, GA–Play stupid games, win stupid prizes.  Wanna-be thugs always seem to learn that the hard way, and this guy is no different.

Police in Duluth reported that at 3:35 am on Tuesday, January 28th, they received a call about a shooting.  The caller said the shooting occurred in the 3400 Block of Peachtree Industrial Boulevard at a Shell gas station.

When they arrived on scene, they found 21-year-old Christian Saint Amour lying on the floor of the gas station.  He had a single gunshot wound to the leg.  The man was quickly taken to a hospital, where he was treated for non-life-threatening injuries.

The police started to investigate what happened right away.  When they reviewed the surveillance video, they saw Saint Amour enter the gas station with a red shirt wrapped around his face and a large knife in his hand.  He charged up to the counter and demanded money.

Check out what happened next:

The thug rushed to the counter, but the clerk was already ready for him.  He pulled out a handgun and shot the suspect one time.  He immediately pulled out his phone and dialed 911. 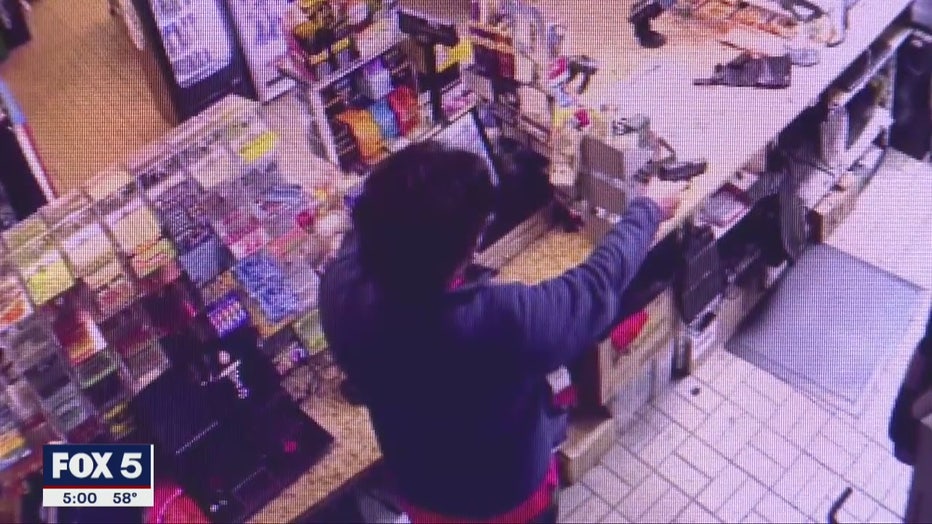 Meanwhile, the suspect will face half a dozen charges when he’s released from prison.  They include attempted armed robbery, aggravated assault, possession of a knife during the commission of a felony, and wearing a mask to conceal the identity of the wearer.

The cashier, however, isn’t facing any charges at this time.

Hopefully he’s getting some paid time off!   Night shift cashiers have to have guts and guns.  That’s likely the only reason this guy is alive!