Just in case anyone could forget, there isn’t a low that the Left won’t stoop to.  While “gun-friendly” politicians all over the country have made an art form of kissing tail and making friends, the radical Left is busy fighting down and dirty in the mud.

And frankly, nationwide, the Left has been winning because of it.

Case in point:  Virginia.   While their gun owners have woken up to find their gun rights under siege after years of sleeping at the wheel, the Left isn’t going to go down easy.

After all, Bloomberg paid good money for this election in November.  A few Second Amendment Sanctuaries won’t stop him.

That’s why he’s had his paid activists file Freedom of Information Act requests with dozens of counties in Virginia.  The same counties that have recently declared themselves Second Amendment Sanctuaries.

The FOIA requests ask for any documents in or out of the office that have to do with the Second Amendment.  It’s clear they’re hoping to intimidate these local bodies or catch them in technical errors.

At the very least, they’re going to be busy filling pointless requests like these: 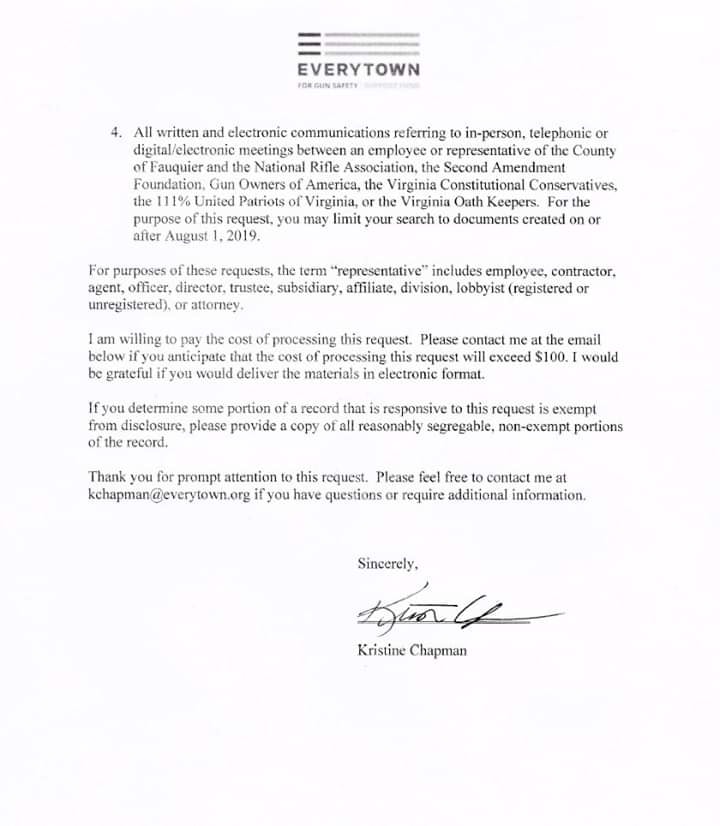 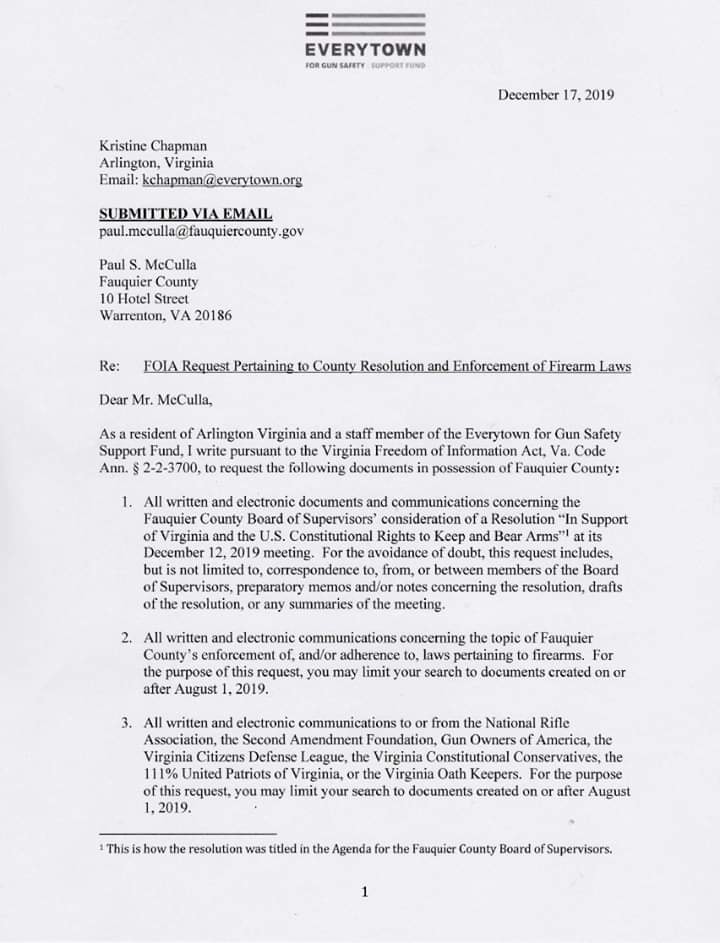 There’s More Than One Way to Skin a Cat

Firstly, gun owners nationwide could start sending  emails to these county attorneys with the text from any random gun article.  That way, Any Clown for Gun Safety and the Commie Mommies would be drowned in documents that technically involve that county office and the Second Amendment.  Heck, they might learn a thing or two about guns rights in their reading!

Another option would be to send them everything Virginia has on file for the Second Amendment starting from oldest to newest. (They said we could make it easier by starting after August 1st, but hey, what can we say?  We’re thorough and helpful!)   We’re thinking of the Tryon Resolves and every speech by Patrick Henry.  Then they can read The Fairfax Resolves, the Fincastle Resolutions and the Augusta Resolves.  When they finish those, they can read The Virginia Declaration of Rights.

No, all kidding aside, these people are out for blood.  They’re playing for keeps.  They’re happy to be in the mud and they like the fight.  Can you and your ‘gun friendly’ politician say the same?

Tidy, smiling, friendly politicians will have no place at the table in the future.  It’s time for the good guys to get mad and play hardball.

You may catch ‘more flies with honey,’ but in our experience, all you get is fat, diabetic politicians who want to keep their seat at the table.  We’re done with honey. We’re out for meat.