Dirty Politics in Virginia: Changing the Rules So the Democrats Can’t Lose Ever Again

Richmond, VA—You don’t have to care about politics but politics care about you.  Virginians are getting a crash course in civics since the state went Democrat in November.  While the threat of radical gun laws loomed thanks to Bloomberg’s bought-and-paid for candidates, nobody really expected the Democrats to double down like they have.

Let’s spell it out for non-Virginians.

Between November 18- 21, 2019, just days after winning the majority, several anti-gun bills were pre-filed in Virginia.  These would criminalize ownership of AR-15s, outlaw ‘militia’ activity with the term now broadly defined, ban ‘high-capacity’ magazines and more.

We’re Americans and We Won’t Be Ruled

Virginia voters—not just gun owners, but anybody who cared about the rule of law and checks and balances—were rightfully outraged.  More than 90% of the state voted themselves a Second Amendment Sanctuary.  News articles and Facebook forums were openly talking about voting out every single Democrat in the state in the next election.

The Democrats shot back:  they filed bills that repeal voter ID, would allow felons the vote, and more.  A LOT more.  Senate Bill 399 would give Virginia’s electoral college votes to the winner of the national popular vote.   SJ 29 would change election law so that the governor would be elected by majority of votes in congressional districts, not by statewide majority.  Basically, what D.C. says goes and the rest of you be damned.   SJ 14 would restore voting rights to convicted felons.  SJ 8 would allow felons and those declared mentally incompetent to vote.  SB 65 – Eliminates photo ID requirement for voting.  SJ 6 -Increases the term limit of the governor from 4 to 8 years.

Your Rules Don’t Apply to the Democrats

But the Democrats aren’t playing a gentleman’s game, anymore.  They are in this for total domination, and they don’t have any scruples about playing in the mud!

Virginia’s Democrats replied swiftly.  They had Representative Paul Krizek introduce HB 842, a bill that changes how a candidate is recalled.  Instead of needing 10% of the prevailing vote to recall their seat, now you need 25%.  Oh, and instead of having 120 days to file all those petitions for a recall, they’ll only have 60 days. 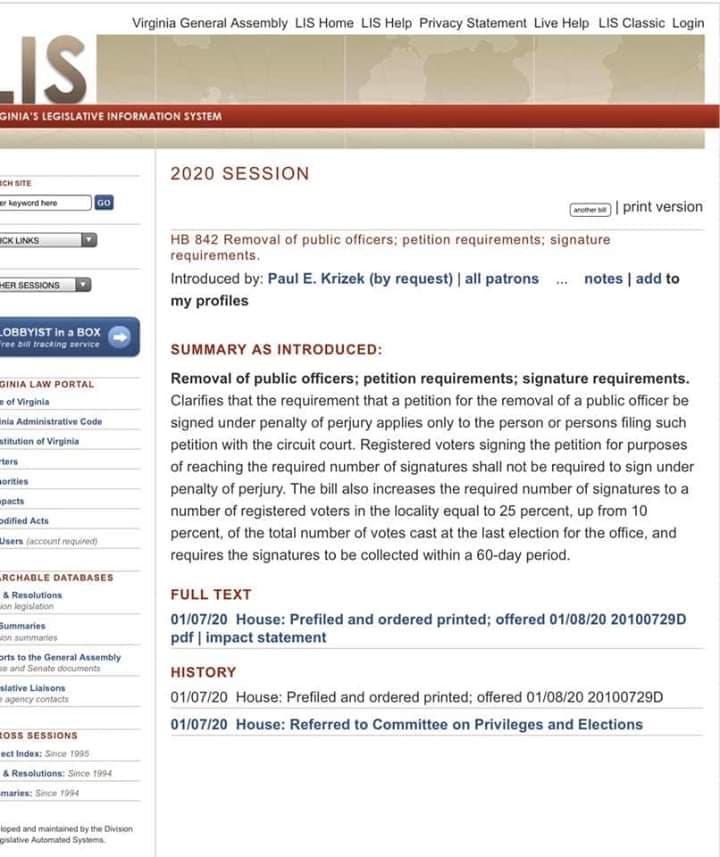 What Can Men Do Against Such Reckless Hate?

If you live in Virginia, you’ve got some tough options in front of you.  You’re losing your state and way of life if these things go though.

If you live in another state, it’s time to wake up, and fast before you find yourself pinned like these Virginians.  These radical leftists aren’t playing the friendly gentleman’s game your Republican ‘pro-gun’ candidate is.  They’re after total power, forever.  They’re changing the rules and have no problem breaking the ones they can’t change fast enough.  The left is smashing gun owners and law-abiding citizens’ rights as fast as they can.

It’s time to play hardball with spineless ‘good guys.’   There’s no other game in town.