White Settlement, TX — An armed gunman is dead after shooting several people during a church service in Texas this morning.  The shooting began at the West Freeway Church of Christ at 1900 South Las Vegas Trail.

The shooter walked in around 10:30 am.  From images released to the media, he was dressed all in black and had his face obscured.  The church was live streaming the service but YouTube has since removed the video.

Still, the freeze frame images coming out are very telling. 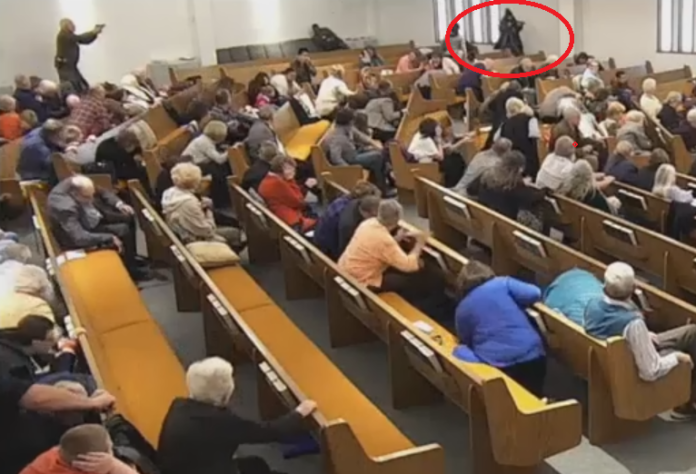 Initial reports said that the madman walked in a side door to the sanctuary and began shooting.  He shot at least two other people before a concealed carry holder stood and returned fire, killing the man.

Later reports indicated that the hero who stopped the killer was a member of the church but was on their security team.  After the shooting in Sutherland Springs, TX that claimed 26 lives, many churches in Texas formed in-house security details made up of volunteers from the congregation.

A church leader who was interviewed on scene said, “Everything is under control.  Our security team did everything they needed to do.  We had a gentleman that came in armed to do harm.”

Police are reporting two dead–including the gunman–and at least one more injured.

We will update this story as more details are released.