Washington, DC — Moments ago, President Donald J. Trump’s nominee for the Supreme Court, Brett Kavanaugh, received 51 votes on the floor of the Senate, enough to advance on to final vote sometime this weekend.

The hotly contested nomination has seen a handful of Senators tugged back and forth before this vote.

This morning, Republican Lisa Murkowski voted NO on cloture. 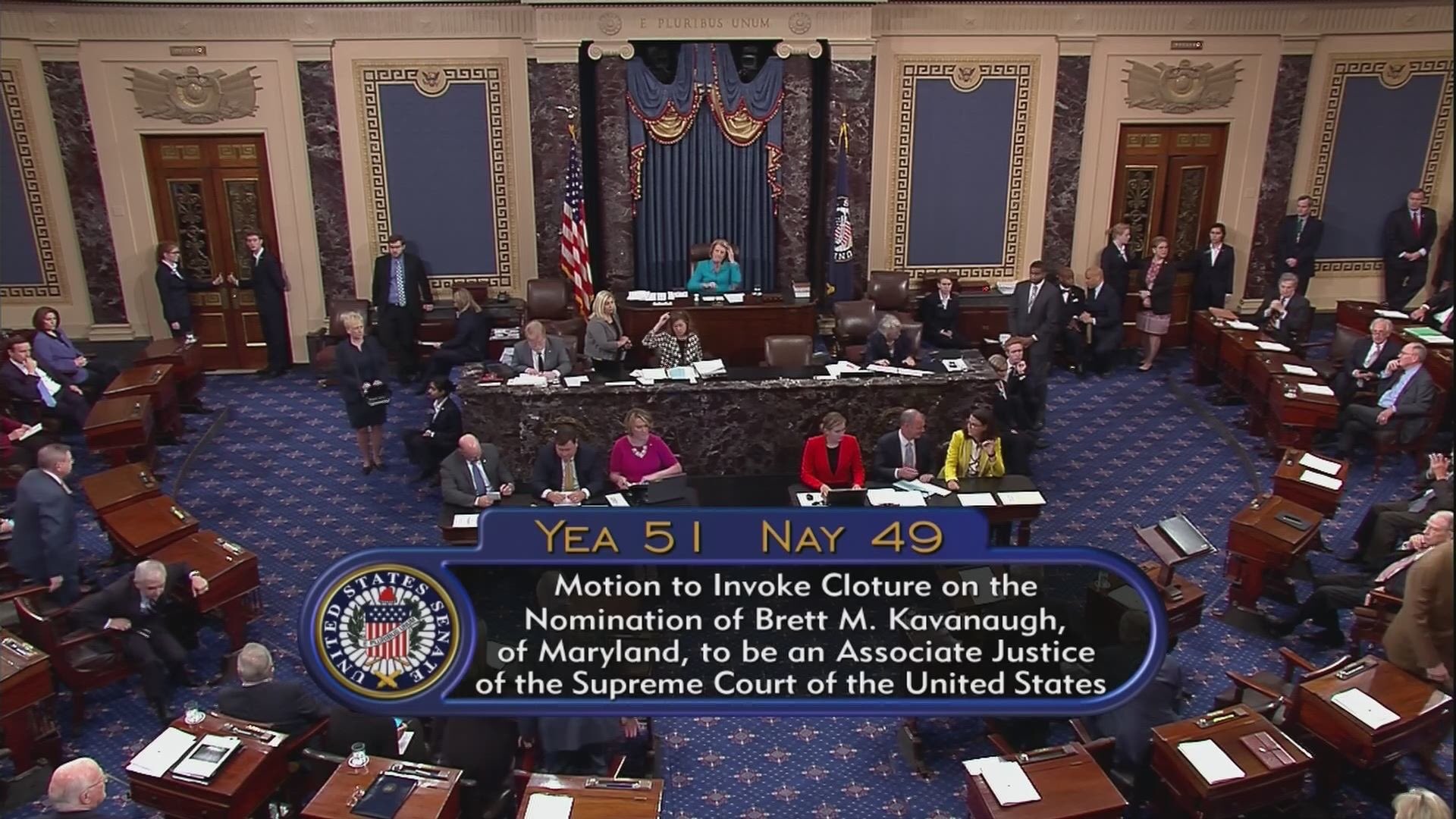 Here’s video of the vote count.

An elected class officer at @UTAustin assaults peaceful protestors who are in support of Judge Kavanaugh’s nomination!! 😡

On Senate floor, @senatemajldr serves notice on protestors and opponents of Judge Kavanaugh, "we will not be intimidated by these people." pic.twitter.com/HEEJiC06Pn