Cicero, Illinois — While the politicians make it difficult to exercise Second Amendment rights in Illinois, those fortunate enough to have success jumping through all the government hoops, and carry on a daily basis, help make the state safer, even if ever so slightly.

That’s what happened yesterday in Cicero, Illinois, a city just outside of Chicago, where a man with a concealed carry license aided Cicero police in a shootout with a man who had already shot and wounded a police officer.

Here’s the news report from the Chicago Sun-Times:

A man with a concealed-carry license was commended for coming to the aid of Cicero police who were engaged in a shootout with a man who shot and wounded an officer near the Stevenson Expressway Thursday, authorities said.

Cicero Police Officer Luis Duarte, 31, was shot four times during the encounter near the 4200 block of South Cicero Avenue during the evening rush hour, but it might have been worse if the armed citizen hadn’t stepped in, officials said. 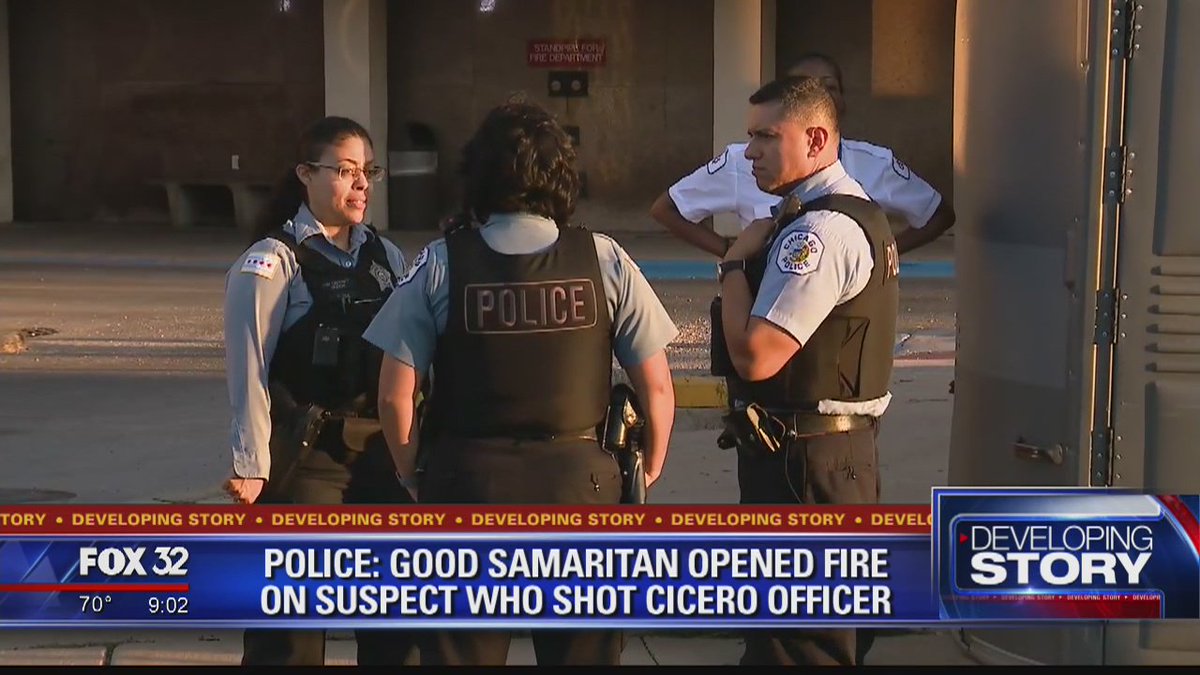 “We were lucky enough to have a citizen on the street there who’s a concealed-carry holder, and he also engaged in gunfire,” Cicero Police Supt. Jerry Chlada Jr. said outside Mount Sinai Hospital, where Duarte was undergoing surgery Thursday night.

Cicero town President Larry Dominick commended the citizen shooter, who has not been named.

“He got out and started helping the police, which is something I’ve got to be proud of,” Dominick said.

Here’s more from the Chicago Tribune:

The shootout began around 5:05 p.m. when Cicero police tried to stop a car in the 3900 block of South Cicero Avenue, Chlada said.

The driver sped off but the officers boxed in his car on the southbound Cicero exit of the Stevenson.

The driver got out and fired several rounds at two officers, then ran north on Cicero and fired at another officer chasing him, Chlada said.

A man with a concealed carry license driving south on Cicero left his car and fired at the suspect, Chlada said.

The suspect was hit and was listed in serious condition, police said.

It was not clear if the suspect was shot by the conceal carry holder or police.